Return of the Rainy Day

When I was a girl growing up in Alberta rain was always so romantic. First there was this amazing smell. Then smell of ozone my parents would always say. Giant towers of cumulus clouds would roll in, usually with a breathtaking thunderstorm in tow, and the sky would open up in a spectacular fashion to unload its heavy burden. Then as quickly as the storm came it would be gone. Making Rainy Day plans is a tradition I have cherished since childhood. Saving up ideas for rainy day art and games, staying inside to snuggle up with a snacks and a movie. Bliss. 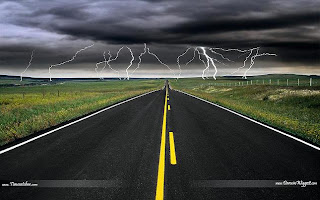 I travelled to Europe as a teenager and in France I was thrilled to feel truly warm rain for the first time. Later I visited Bali in the rainy season (at 99% humidity being dry was a relative concept) and the sudden rain would fill the streets, careening between raised sidewalks designed to channel the deluge. And despite its coastal perch, Perth Australia  reminded me of my Alberta home, hot and dry with spectacular summer storms. 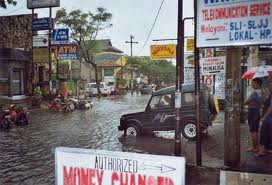 In the fantastically green, fertile and lush city of Vancouver rain is different still. There is, except on the rarest of occasions, a distinct lack of that fantastic rain smell. There is no fanfare to herald the arriving wet. Thick dark clouds crawl across the city lingering for hours, days and at times even weeks. The winter Isla was born I swear it was 6 months before she felt the sun on her face. A lifetime. As much as I adored the Rainy Day ritual from my childhood, implementing it in Vancouver would be a great way to become a fat hermit (instead, Vancouver grinds to a halt to celebrate the snow day!). There were mornings that Jack would wakeup in the looming darkness and wonder out loud at the breakfast table if it were night time already. It would seem that, despite being native Vancouverites, my poppets were never thrilled by the Pineapple Express. 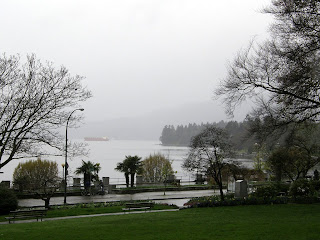 Shortly after landing in Rossland there was a sun shower. A sun shower! It was brief, it smelled fantastic and the sun shone the whole time.  Jack just about had a panic attack, "Mommy you told me it didn't rain in Rossland!". "Jack" I said, "I never said it wouldn't rain here, but the rain here is not like Vancouver and it'll be over soon." And like that it was gone. On Friday we had our first rainy day, and even that didn't last the whole day. I told the kids about why rain smells the way it does, just as it was explained to me by my parents, and I am so looking forward to finally passing along the legacy of the Rainy Day.