I spent the entirety of yesterday driving to Vancouver. For whatever reason I was feeling a little car sick. Being carsick as a backseat passenger is something I have never really been able to grow out of, but it usually seems to be abated by sitting in the front seat.  Anyway, Thursdays all day ride sent me reeling down memory lane.

I have always had a heightened sense of smell. I am not allergic to anything per se but I am often at the whims of my nose. I must choose my perfume (which I use sparingly and only on occasion) not only based on whether or not I enjoy the fragrance, but whether or not the scent gives me a migraine and makes me violently ill. 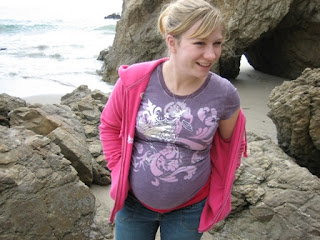 When I was pregnant with Jack I had the perma-heaves. It was gross. I was tossing my cookies up to twelve times a day. I constantly craved whatever, but when I had secured the whatever in my chubby pregnant hands, two bites in, I found the whatever wholly unsatisfying and promptly suffered through whatever being ejected from my body. I was miserable. Despite having reservations I resorted to medication. To my dismay/delight the tiny pills simply dulled the constant nausea and did little in the way of preventing chunder, making the decision not to take them easier.

Now some smells were worse than others and even thinking about onions or coffee brought on a bought of the barfs, which lasted well beyond the "normal" 16 week mark. In fact it took months after Jack was born for my onion aversion to ebb. The strangest thing (or so I thought at the time) was that it wasn't just the smell of food that made me ill, but the smell of places. The office where I worked was one such place, which, at the time, made me think this affliction was purely psychosomatic. 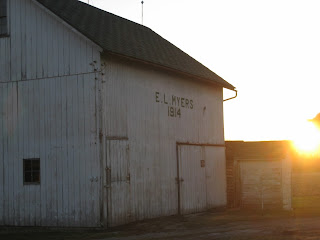 Round two: Isla. Second verse, same as the first. SOOOOO sick, but now I have a curious toddler pawing at me as I hang over the commode. Oh, and this time around I manage to break blood vessels around my eyes whenever I retch. We are in a small rented apartment in Indiana while we film a movie and the smell of our living quarters makes me ill. Then a new, unexpected side effect takes hold. This is the actual strangest thing - I develop a visual/aural aversion. Not just to a food commercial, which was old hat, but to jingles. The Elder Beerman ads were the worst. They ran frequently and muting the catchy/annoying tune wasn't enough (due to my aforementioned phonic aversion having intertwined itself with the images of insidious plug) bringing me to my knees.

Fast forward three years to yesterdays motion sickness. I am rarely sick, which is why I probably haven't noticed the kryptonite to my lingering pregnancy super powers. Aside from wider feet and heightened sense of smell and mommy intuition, it would appear that when under the weather I am still affronted by musical compositions. Good to know I guess.