Both my husband and myself have had the pleasure of living in two Olympic host cities. In 1988 we were elementary school students in Calgary and in 2010 we were lucky enough to be living on the Left Coast when the opportunity came around again. 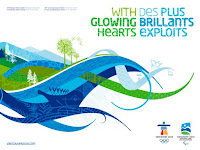 Like many Vancouverites we contemplated renting out our home to turn a tidy profit and take off somewhere, anywhere,  for the duration of the 2010 games. But I caught some sort of procrastination bug and so we stayed. Truth be told we were REALLY excited the closer February got, both for the kids and ourselves! 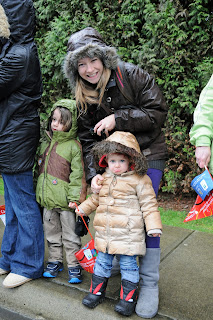 Despite the ill-timed arrival of the Pineapple Express, the kids and I braved a virtual squall to greet the torch as it ran by. We stood expectantly, brimming with pride and excitement, amid the masses for a moment that, although it came and went in the blink of an eye, has lingered with us. It was then I decided what I would really like was for the kids to have their picture taken with the torch. Yes, I thought, a picture with the torch would be epic. 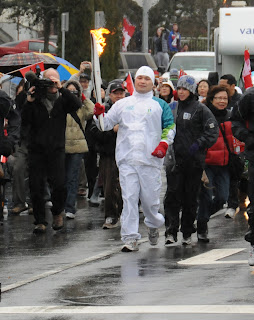 The Vancouver Organizing Committee held a lottery for Olympic tickets and we were delighted to secure 4 reasonably priced tickets to Women's Hockey. The women slaughtered the other team and our little family had a blast. We were officially swept up in Olympic fever! 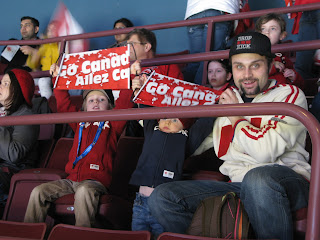 My desire to have a photo of my children was only fuelled by the fervour. We picked a day that Michael would head off to work early then meet us downtown (in the heart of Olympic mayhem) by 11am so that I would be able to get back on Skytrain with my enormous stroller. Ridership was up  by dizzying proportions during the Olympics, which was great, but commuting with two knee-highs really had become a two man job at this point. 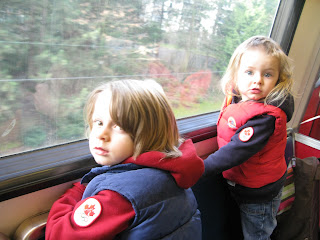 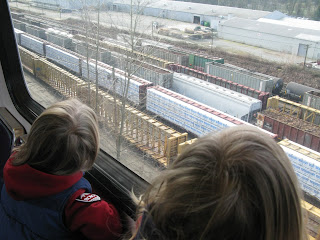 Once Jack, Isla and myself made it to Gastown we met up with some great friends and headed to Starbucks for sustenance. I bought the kids their own reusable mugs, filled with hot chocolate, and we headed into the breach joining the first of 3 hour long lineups by 9am. 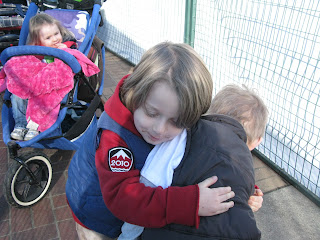 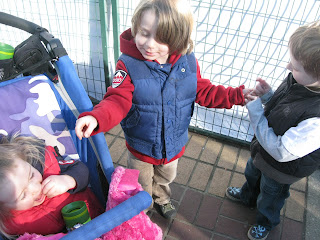 Everything was going swimmingly, I could practically see the pictures of my children's smiling faces proudly clutching the torch, but that was all about to change.