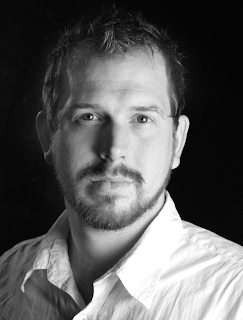 Here is an homage that Jed created for his wife of 10 years, whom he adores endlessly. It was so unbelievably romantic I simply could not resist sharing!

10 years from jedidiah burdick on Vimeo.

The first time I had the pleasure of meeting Jed he was one of Michael's best men at our wedding. Years earlier Mike and Jed were drawn together by their similar humours and affinity for film. Jed is one of the nicest people you will ever meet. You are at once disarmed by his humility and charisma, he is all heart. His talent is undeniable. Coupled with passion and perseverance, these are the things that make him an extraordinary filmmaker. Here is the man himself:

In 2007 he invited Michael and myself to join him and his family in Indiana for the making of his inaugural feature length film, here is the fantastic trailer for Silk Trees. It is a film that Jed wrote, directed and edited and we were greatly blessed to be counted as a part of this chapter in his journey. Currently Jed has embarked on a new adventure. His next production is The Legend of Oak Swamp and the Mysteries of Ironwood. It is the first instalment in a trilogy and he has filmed a concept trailer (to give investors a rough idea of his vision and direction) in order to raise funds to finance the making of the film with him at the helm. This innovative grassroots campaign even offers donors a credit in the film itself.


The Legend of Oak Swamp - The Story from Mikel J. Wisler on Vimeo.

Jed is quickly assembling an incredibly talented team, and you can be a part of it all too! Join the Facebook Fan Page, spread the word, donate, and become part of "The Legend"!
Posted by ag.gray.gate at 9:15 AM