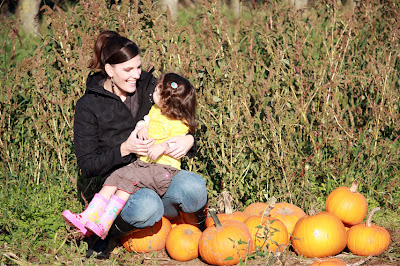 Nickie is a certain kinda someone - like a legend. She works and plays fields traditionally dominated by men and, well, dominates :) She is pretty awesome! Usually I will use selected portions of what an artist sends for this article but with Nickie there is sooooo much and it is all soooo good! Inside industry information, espionage, babies, passion...it's all here for the reading, thanks Nickie: 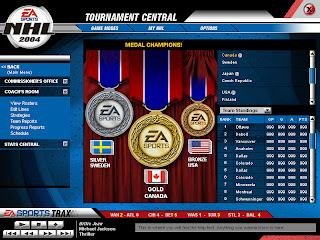 I slogged away in design school at Emily Carr for 5 years and graduated from the Graphic Design dept. Took a co-op role with Electronic Arts in 1996 and fell in love with the video game industry. After a year at EA I went back to Emily Carr and finished my program in 1997, and then took at job at Radical Entertainment. Worked as the studio front end (interface design) lead for 3 years and left in 2000 to delve into the up and coming world of web design in Austin, TX. In 2001 the dot com crash hit hard and I found myself pining away for games again. Headed back to Vancouver and fell back into a spot as the interface design lead for NHL on the PC. Worked on the NHL franchise from 2002 to 2006 before moving over to work on a little known console called the Nintendo Revolution. The Revolution is now commonly know as the Wii and I helped to create Madden 07, a launch title for the Wii. It was the number three rated Wii game that year. 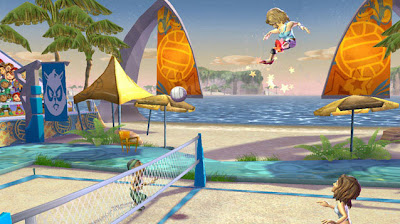 During Madden Wii I was hungry to move into art direction, territory previously un-touched by interface designers within EA. I worked my way through the position of Art Lead (which was overseeing and directing all aspects of game art; concept, animation, environments, characters, effects and front end) for a couple of Nintendo DS titles, and got a shot at art directing a short-cycle title called FIFA Street 3 for the Nintendo DS. After FS3 I led Celebrity Sports Showdown for the Wii, which was a fantastic but little known title that fell victim to poor timing and no marketing dollars for launch, so we found ourselves prey to the dust bunnies on the bottom shelves of the game stores :( . Coincidentally Nintendo - who gets a behind the scenes look at all the Wii games in production across the globe - came out with a game called Wii Sports Resort which was virtually identical to our game, but much better marketed and featured the Nintendo Miis (instead of obscure celebrities like Keith Urban and Kristy Yamaguchi) canoeing and flying little jet planes on an island sports resort. Hmmm... coincidence? Anyway, I left near the end of that title to have my brilliant baby.


Amidst all that I purchased a small dog daycare business in 2004 which I worked with my husband to turn into Pup Culture Dog Daycare, which he proudly continues to operate. 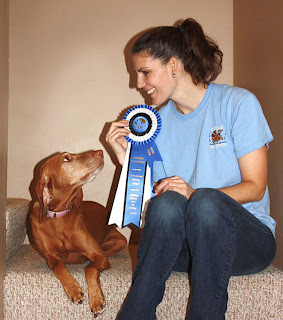 Over the past 5 years I have worked with my vizsla, Zuzu, in competition obedience and agility as well as tracking, field and conformation. This past summer we competed at the 2010 Canadian National Agility Championships and she recently earned her Master Agility Dog of Canada title. I also have a beagle whom I trial at Masters level in agility. In addition I have been providing obedience training through the daycare in my (ha ha) spare time. I've played Ultimate (frisbee) recreationally and competitively for the past 14 years (US Regionals 2001, World Ultimate Club Championships 2002, Canadian Nationals 2004) and continue to captain and participate in rec leagues to get my weekly cardio.
I am a mother (now single) who also bakes, draws, reads, writes, cooks, and most of all... LEARNS. I love to be challenged and I'm inspired by passion. Passion for pretty much anything turns my crank. I am addicted to "busy", and I am fired by gorgeous and innovative design.

My role models have been many, but most importantly, my mother who always said "Only boring people are bored." and taught me that we are responsible for our own happiness, and when we feel our spark burning out we need to "do something constructive!" And so, I go, I do, I love, I learn. That's me. :)
Posted by ag.gray.gate at 10:03 AM